The last super rich, Republican business executive to be elected President of the United States was this man: 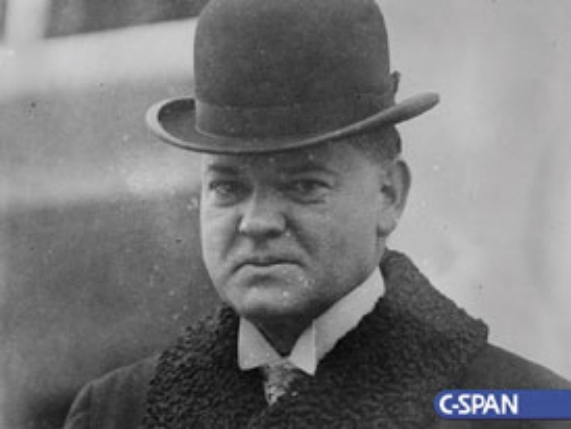 He campaigned against big government and what he saw as governmental waste and inefficiency.  He believed that the only thing that could save America was private enterprise and he saw his extensive private sector experience as the solution to all that ailed the country.  One of the major cornerstones of his administration was public-private partnerships, which he called “economic modernizations.”  When the stock market crashed in 1929, he immediately cut taxes on the very rich (which he was forced to rescind as the situation got worse) and implemented private solutions.  Voluntary participation by private business and parties would see the United States through this economic crisis was his way of thinking.  All of his private sector devotion gave us this:

Hoover’s promises are legend as are the promises being made by the GOP to this day.  Not only were Hoover’s miscalculations directly responsible for the untold misery of the American people, the drought of that period of American history is ominously present today as well.

There is an old saying: Those who do not understand history are bound to repeat it.