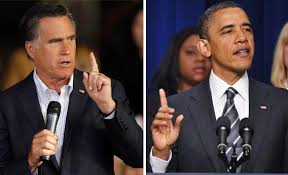 When the Republicans attack Barack Obama, They have to slice and dice, edit and parse, isolate and emphasize his words, and dig deeper and deeper into the past to find the perfect sound bite, no matter how misleading that sound bite might be when stated out of context.

The most recent example is that Barack Obama is for redistribution of wealth as stated in a talk in 1998, and was thoroughly argued about in 2008.  This isn’t new news, it isn’t even earth shattering news.  Read the Los Angeles Times analysis of this issue.

On the other hand when Democrats want to cast the Republican  candidate in a bad light, they simply run his entire message on a real time basis.  Actually, the more the better.  No slicing or dicing or digging in musty closets needed.