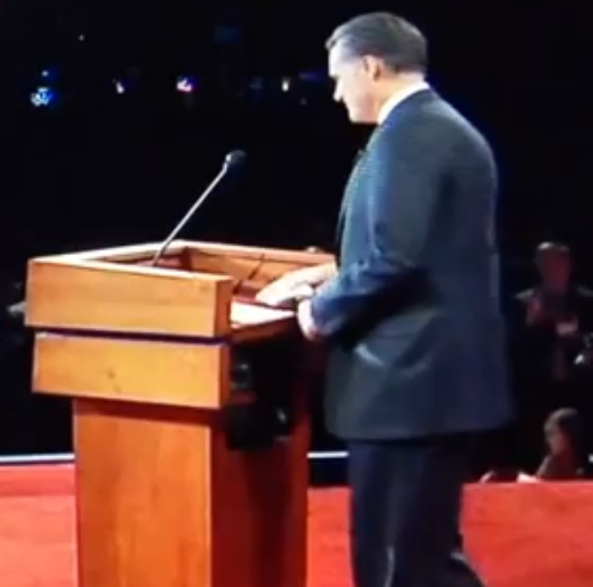 If the two candidates were allowed to bring in prepared notes, then why did Mitt Romney reach into his front trouser pocket as he rounded the podium and surreptitiously take out a packet of notes and put them down?  My understanding was that paper for notes (seen above) would be provided, but that the candidates would not be allowed to bring in prepared notes.

It has been suggested that he was merely putting a folded handkerchief on the podium.  This theory fails for the following reasons:

2.  Unless the handkerchief was heavily starched, it would not stand straight out (see photo above).

3.  No one in their right mind would use a heavily starched handkerchief.

4.  Debaters know that wiping their brow during a debate is a no-no, so why would he tempt himself with a handy handkerchief at his reach?