There are reports that the flag pins worn by GOP candidates Romney and Ryan were given to them by the U.S. Secret Service and that the embellishment is a replica of the Secret Service badge.

I tried to find an official site that would indicate that the Romney/Ryan flag pin was a legitimate Secret Service artifact and found none.

In fact, what I found was no instance where an American Flag lapel pin was adorned with the Secret Service badge or anything else, for that matter.  I also surveyed (unscientifically) sites such as eBay (using Google) to see if any purported Secret Service label pins were so designed.  Once again, I found none.

I believe that anyone who truly cares for America would not desecrate the flag that hundreds of thousands of our bravest men and women gave their last measure of devotion to defend from the Revolutionary War to Iraq.  It is blasphemy to sully their memory in this way.

I fly my flag every day of the year in constant memory of those brave men and women.  It does not have any embellishments; it doesn’t need any. 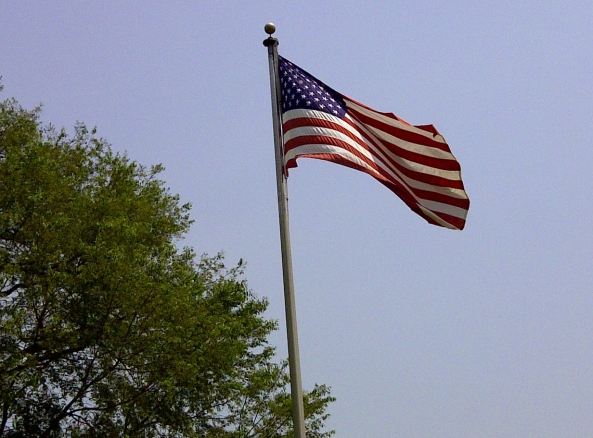 3 comments on “Is This The Lapel Pin?”