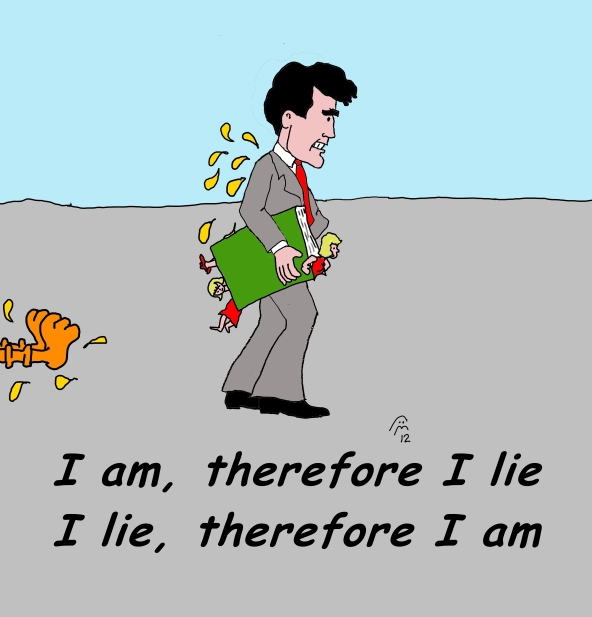 During the second Presidential Debate, Mitt Romney explained that when he was elected Governor of Massachusetts, he was so upset that his putative cabinet did not have any females that he sought out women’s groups to send him qualified candidates.  In response to his heartfelt request, these groups sent him “binders full of women.”

THAT IS A FALSEHOOD

There are, in fact, two lies; a compounding that defies logic.

1.  Romney did not have an epiphany on assuming office that his cabinet was bereft of women.

2. Romney did not ask for binder full of women, as his campaign had already reached an agreement with Massachusetts Government Appointments Project (MassGAP) prior to the election and had signed a pledge that they would work with MassGAP to appoint qualified women.

The fundamental problem with being a chronic liar is that you have to keep the lies straight.  Perhaps the governor could use these handy file binders. 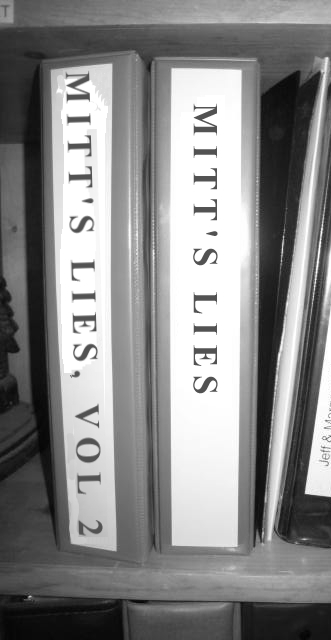