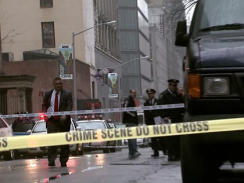 I decided to self-publish my very realistic scinece fiction thriller, Falling Star, in August 2010 because a critical element of my story was being played out on evening news.

Falling Star was written in 1991 and for twenty years literary agents and publishers thought that my story about large groups of Russian agents living for decades in the United States, marrying unsuspecting Americans, raising children, buying homes, and holding down mundane jobs was too fantastic to believe, even in fiction.  Of course, this all changed in June 2010 when Russian agents in deep, deep cover were found to be doing exactly that in large numbers.

I even had one spy who posed as a gorgeous financial consultant.

Subsequent to that “real life copies fiction” event, other elements of Falling Star have started appearing in prime time news, like the mysterious object buried deep in the Baltic Sea.

Now it seems that my work in progress, the sequel to Falling Star is going to experience the same thing.

Prime time new is reporting the murder of a man on a crowded street in mid-town Manhattan during the busy Christmas Holiday season.  In the ensuing confusion following the mid-day hit, the assailant calmly got into a waiting car and was quickly driven away.

Consider the following excerpt from ,y work in progress:

“He was killed by a hit and run jogger.”

“That’s not really funny, you know,” said the third man at the small table in the clanky coffee shop.

“Yeah, but damn it you just can’t get morose.  As far as we can tell, Johnson was waiting for a cab at 21st and Pennsylvania when a man in a jogging suit bumped into him.  After the two collided, witnesses saw the jogger run off and Colonel Johnson fall to the ground in a heap.  He lapsed into a coma and never recovered.”

“What happened to the jogger?”

“In the confusion, he got away.”

“That’s outrageous.  Didn’t anyone give chase?”

“No, happened too quickly.  Everyone there rushed to help Johnson.”

“Did he say anything?

“Was there an autopsy?”

“The toxicology report revealed a large amount of curare mixed with a neurotoxin of unknown chemistry in his tissue samples.”

“Were there any physical signs?”

“Nothing except for a puncture wound, like a large hypodermic needle, with skin discoloration around it.  You know, like a botched up injection.”

“Sounds like the Bulgarian attack on one of its exiled diplomats in London in the Sixties,” commented Mike Liu, who was sitting at the table in the coffee shop of the plush hotel on Pennsylvania Avenue, on the fringe of Georgetown.

“Yeah, that’s right,” replied Tom Jamieson, shifting ever so subtlety as he casually glanced about the small coffee shop.

I guess that I had better get this sequel to Falling Star finished before more of it becomes real.

As noted above, this form of attack was used successfully on Bulgarian dissident Georgi Markov in London in 1978.  He was going to work, when he felt a sting and turned to see a person with an umbrella walking away.  Markov continued to his BBC office where he observed a reddish pimple on the back of his thigh.  When he returned home that evening, he fell ill and was taken to the hospital where he died three days later.  The poison used was ricin.

My good friend and fellow author/cartoonist, Robin Reed called me on this point, but I contend that the Markov incident is different than my book wherein a person is attacked on a busy street and collapses on the spot with his attacker getting away in the subsequent confusion.  My friends like to keep me honest.  🙂