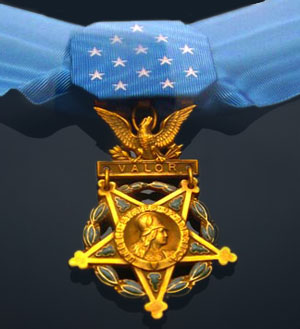 This is what he did to earn the right to wear this decoration:

On April 21, 1945, Inouye was grievously wounded while leading an assault on a heavily-defended ridge near San Terenzo in Tuscany, Italy called Colle Musatello. The ridge served as a strongpoint along the strip of German fortifications known as the Gothic Line, which represented the last and most dogged line of German defensive works in Italy. As he led his platoon in a flanking maneuver, three German machine guns opened fire from covered positions just 40 yards away, pinning his men to the ground. Inouye stood up to attack and was shot in the stomach; ignoring his wound, he proceeded to attack and destroy the first machine gun nest with hand grenades and fire from his Thompson submachine gun. After being informed of the severity of his wound by his platoon sergeant, he refused treatment and rallied his men for an attack on the second machine gun position, which he also successfully destroyed before collapsing from blood loss.

As his squad distracted the third machine gunner, Inouye crawled toward the final bunker, eventually drawing within 10 yards. As he raised himself up and cocked his arm to throw his last grenade into the fighting position, a German inside fired a rifle grenade that struck him on the right elbow, severing most of his arm and leaving his own primed grenade reflexively “clenched in a fist that suddenly didn’t belong to me anymore”.[11] Inouye’s horrified soldiers moved to his aid, but he shouted for them to keep back out of fear his severed fist would involuntarily relax and drop the grenade. As the German inside the bunker reloaded his rifle, Inouye pried the live grenade from his useless right hand and transferred it to his left. As the German aimed his rifle to finish him off, Inouye tossed the grenade off-hand into the bunker and destroyed it. He stumbled to his feet and continued forward, silencing the last German resistance with a one-handed burst from his Thompson before being wounded in the leg and tumbling unconscious to the bottom of the ridge. When he awoke to see the concerned men of his platoon hovering over him, his only comment before being carried away was to gruffly order them to return to their positions, since, as he pointed out, “nobody called off the war!”  From Wikipedia

Even with this display of courage, it would take his country over 55 years to recognize his bravery.

While his feat was extraordinary in and of itself, the fact that he did this for a country that had put his people into concentration camps is beyond belief.  You see Daniel Inouye was a Nisei, a Japanese-American.  While he was fighting the Germans in Europe and Africa, Nisei were locked up in concentration camps in the United States.

Daniel Inouye didn’t stop there, he devoted himself to serving his country right up to the moment of his death a short time ago.  He was the second longest serving Senator in history.  His life serves to teach us that loyalty to the United States of America and the principles for which it stands in unquestioned even as the country does bad things to you and your people.  A powerful lesson.  So in a very real sense, Daneil Inouye was also a hero teacher. 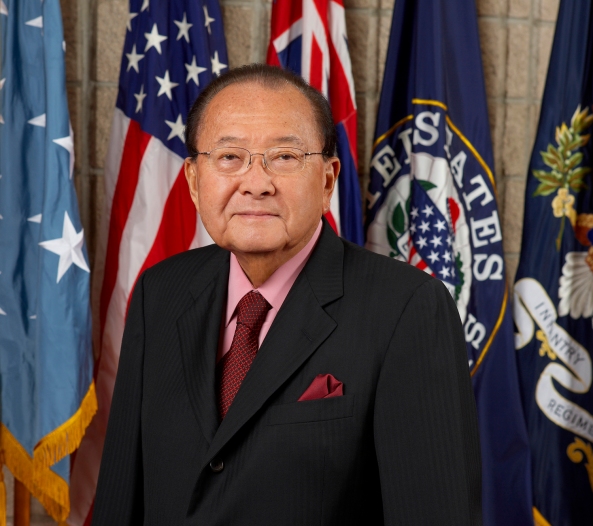