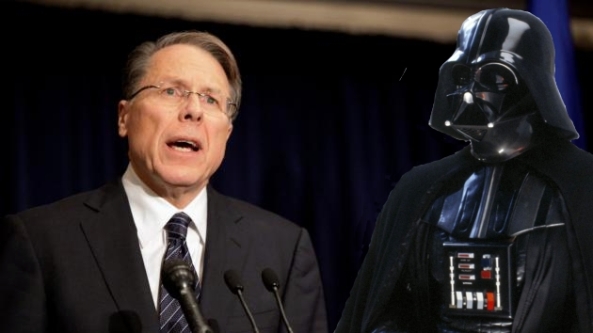 The National Rifle Association has issued a strong condemnation of the White House decision to not build  a new weapon for Mr. Darth Vader, formerly a resident on the Imperial Forces Planetary Expeditionary Vessel.

Long-time head of the NRA, Wayne LaPierre harshly criticized the action as another example of the Obama Administration irrational  opposition to the Second Amendment.

Mr. Vader’s first home was destroyed by terrorists from a so-called rebel group who blew up the Imperial Forces Planetary Expeditionary Vessel for their own evil purposes, according to the NRA press release.  This is one more example why Second Amendment rights are so important to preserve.