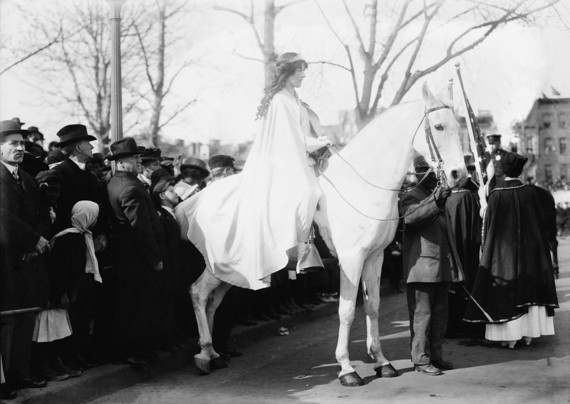 100 years ago, women marched for the right to vote. It was called “Suffrage.”  An iconic image of that march was a 27 year-old woman by the name of Inez Milholland astride a white horse.  It is interesting that the Supreme Court of the United States is currently reviewing a key element in the providing of Universal Suffrage for everyone, The Voting Rights Act.  Universal Suffrage is not an “entitlement” as Neo-Conservative justices would have you believe, it is an universal right.