I hope that you will consider getting yourself a copy for your Kindle or Kindle App.  You can get free Kindle Apps HERE

This is an excerpt from my WIP or work in progress that I have decided to rename StarHome Bound. The first volume of this series, a very realistic science fiction thriller called Falling Star has received many great reviews and has been downloaded by almost 30,000 readers world-wide.

The story starts with the accidental discovery of mysterious objects buried deep in the ocean by a navy geomagnetic survey crew. During the subsequent investigation into these objects, a highly classified submersible is lost. In this excerpt, the submersible has been found and is being retrieved by the United States Government.

“Permission to come aboard.”

“Permission granted, Captain Mannington,” stated the young RAN lieutenant, as he returned the salute.  The RAN lieutenant was the acting officer of the deck aboard the Bentano.

“Commander Hastings is waiting for you on the bridge.  I will escort you, sir,” said the RAN lieutenant as he turned over the Officer of the Deck duties to a sub-lieutenant.

Mannington followed the young officer to the bridge where he was warmly greeted by Commander Hastings.

“That boat yours?” inquired Hastings as he and Mannington stood on the bridge of the Bentano.

“Yes,” replied Mannington as he looked at the Benthic Ranger now grounded on the shoals.

“I guess that it is a research submersible, care to elucidate me?”

“I’m sorry commander; I am not authorized to say anything more than it is a submersible and it is ours.  The United States thanks you for finding our lost vessel.”

“What are you going to do now?”

“We have a special team coming to Papua New Guinea that can safely retrieve the submersible.  Barring any diplomatic snafus, it should be here in a few days.  Once the craft is freed from the reef, an ocean going tug will take it to our base in Guam.”

“But is that necessary?  Guam is almost 1,300 nautical miles from here, we can certainly accommodate you yanks in Australia.  The South Pacific can be unpredictable.”

“Thank you commander, but we have special facilities in Guam.”

As predicted, a small group of U.S. Navy vessels appear on the horizon a few days later.  The USNS Navajo, a Powhatan class ocean-going tug, stationed in Pearl Harbor, Hawaii, would take the Benthic Ranger in tow.  She was accompanied by two destroyers.  Having such fire power to retrieve a simple research submersible seemed extremely curious to the RAN officers on the Bentano.

“You certainly don’t want anyone messing with this tow, do you?”

“I guess Washington just doesn’t want anything to go wrong with this vessel,” replied Mannington.  “Can I quarter some of my divers and their gear on the Bentano?  There will be five of them.”

“Sure can, mate,” replied Hastings.  “They can bunk with my clearance divers.”

Unbeknownst to the Australians, the small flotilla was also shadowed by the USS Greeneville, (SSN -772) a fleet attack submarine that was recently commissioned in Hawaii.  The Greeneville was specially outfitted to deploy and retrieve U.S. Navy SEAL teams underwater.  As the three surface ships approached the RAN group already in place, the Greeneville deliberately fell back and went silent.  There was no reason to let the Aussies know that an American attack submarine was in the area.

Lieutenant Eoghan Thorson, USN, reported to Mannington along with his four man team on board the Bentano.  All five of the men stood about six feet tall and were lean and muscular.  The distinguishing characteristic of the team was their quiet disposition; none of the men except Thorson spoke anything more than pleasantries during the introductions to the Australian clearance divers.

Eoghan Thorson’s team would take the lead in securing the Benthic Ranger with a flotation collar and would check the vessel for seaworthiness.  According to the protocol shared with the RAN officers, the team would not attempt to enter the vessel.

The Australian clearance divers were somewhat put off by the taciturn Americans, but chalked it up to the fact that the five man team would have to dislodge and float a “hot” vessel.  They could certainly understand that the Americans were probably concerned and extremely focused on this assignment, especially on the potential for radiation poisoning.  What the Australians didn’t know was that Thorson and his men were members of the elite SEAL group and were working undercover.

Lieutenant Thorson secured his craft to the Benthic Ranger and his team dove into the warm Pacific waters to examine the vessel and attach the tow harness and flotation gear that they had carried with them.  After making sure that everything was solidly connected, Thorson backed off the stranded vessel and inflated the flotation bags.  The Benthic Ranger gave a shudder and rose from its bed.  Once afloat, two of Thorson’s men dove underneath to make sure that there no glitches and that the bottom of the vehicle was undamaged.

Mannington and the Australians stood on the bridge of the Bentano and watched the operation using binoculars.  The Australian officers were impressed with the speed and precise orchestration of the operation.

“Your chaps sure have that down pat,” said Hastings.

“They have a lot of experience at this,” replied Mannington.

“Aren’t they concerned about radiation poisoning?  We found some fairly high readings around that craft and that is why we pulled our CDT off the scene.”

“They know the risks; they’ve trained for this many times,” replied Mannington grimly.  “Besides, they were given precautionary doses of iodine before boarding your vessel yesterday.  Anything they get should pass through their systems quickly.”

As Thorson and his team floated the Benthic Ranger into deep water, the Navajo moved in closer to the action.  Eventually, a line was carried to the Navajo and using that line, a tow rope was feed out to the Benthic Ranger.  Once the shackle was secured, the dive team’s work was done and they motored over to one of the destroyers.

As soon as Thorson’s team was on-board the destroyers, they underwent an elaborate decontamination procedure, surrounded by technicians in white haz-mat gear.  All of which was clearly evident to RAN officers peering through binoculars.

Once Mannington noted that the Navajo had taken the Benthic Ranger in tow, he bade farewell to his Australian host.

“Commander Hastings, please accept my personal and my government’s appreciation for assisting us in the recovery of this research vessel.  Now that my dive team has finished their work, I will join them on the destroyer for the journey to Guam.  With your leave, I would like to have my men gather the dive team’s belongings and join me on the launch.”

With that Mannington gave Commander Hastings a smart salute and he retired to the launch that would take him to the American ship.

Hastings watched the American convoy head over the horizon.  Without directing his comments to anyone in particular, he said, “Damn Americans, it would have been a lot quicker taking that thing to Darwin.”

The departure of the Navajo with its package in tow was also observed by the various and sundry commercial vessels in the vicinity.  In particular, a tuna fishing ship had been trolling the sea off of Kairiru Island.  As the Navajo disappeared over the horizon, the tuna fishing vessel also broke free from the other tuna ships in the area and seemingly headed north toward Japan.

“Is that your vessel?” inquired the captain of the tuna vessel to his companion on the deck.

As their equally pale blue eyes met, the other person replied, “Yes.”

Onboard the USNS Navajo, Enroute to Guam —

“Captain, we have a problem.”

“I saw the inclinometer reading.”

“I think that the tow is taking on water.”

“What do the deckhands at the towline see?”  Ocean going tugs in the United States Navy are manned by a civilian crew with four naval officers in command.

“Shit,” said Lieutenant Commander Joseph Sinecki as he told the helmsman to hold a steady course and hurried to the stern of the Navajo.

Sinecki was joined by his XO and engineering officer at the towline.  Sure enough, the Benthic Rangers was sitting low in the water.  After connecting the tow, the external floatation had been taken off following an examination of the vessel’s hull integrity.  The external floats would have increased drag on the Navajo and it seemed to be the correct course of action.

Sinecki called the bridge on his intercom, “All stop!  Radio Guam; tell them we have a problem.”

Even before Sinecki could finish his instruction, the Benthic Ranger started to rapidly sink, causing the towline to go taut.  With the sudden sinking of the Benthic Ranger, the Navajo, itself, was in danger of taking on water.

As the blue-green waters of the South Pacific started washing over the deck of the Navajo, Sinecki gave his order.

The Japanese tuna fishing boat that had been tracking the tow took note.

“Sir, we just detected an explosion over the Marianas Trench.  Sounds like a vessel sank.”

“Get a cable out to the fleet.”

Onboard the HMAS Betano —

Commander Jeremy Hasting took the cable from his sailor and read it.

“Those bloody, bullheaded Yanks.  I told them to take that vessel to Darwin, but they wouldn’t listen.” 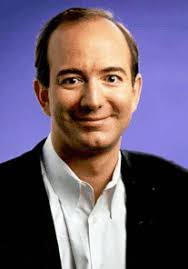 If anyone suggests that you rename your company “Mary Celeste” run away as fast as you can.  Don’t do it.

I hope that fans of my cartoons will consider adding Scenes of Strangeness to their Kindle collection.  Don’t forget, if you do not have a Kindle, you can download a Kindle App for your computer, iPad, Tablet, laptop, or even cellphone here.

Amazon just announced that my books are available for purchase in India through Amazon.com  I hope that you will go to the following pages and check out my work.

Falling Star is a very realistic science fiction thriller about about mysterious objects found deep in the ocean and what happened when they woke up and started sending messages to outer space.  This novel has received many very favorable reviews and has been downloaded by almost 30,000 readers.

My cartoons take a wry look at the world from a strangeness lens.  Reviewers have compared my cartoons to Gary Larson’s “Far Side” and the cartoons of James Thurber.  Scenes of Strangeness is the combination of my two earlier works and has been downloaded over 6,800 times.

If you do not live in India, you can still see my books on other Amazon outlets.