Some secrets are better left secret.

Hope you check out my latest collection of cartoons in Scenes of Strangeness.

If this was what you found, would you want people to know?

You can see my latest collection at Scenes of Strangeness.

Curiosity finds something shiny and curious on Mars. Let’s see them talk their way out of this one. 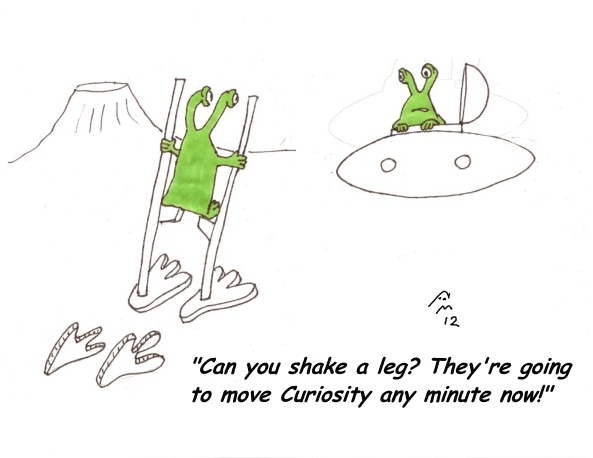 You can find more of my cartoons in Scenes of Strangeness

The Los Angeles Times is reporting that in the first photo Curiosity took of the Martian landscape there was a blurry image of something on the horizon.  Two hours later, when Curiosity took another photo of the same landscape the blurry object had disappeared.

Theories abound, but no one is saying what the image was for sure.