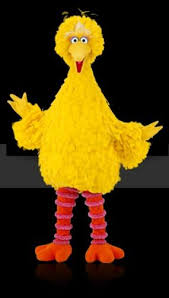 The first thing that bullies learn is that you go for the weakest, most defenseless,  first.  Then you move up the ladder until you have conquered everyone.

Once a bully, always a bully.  You decide.

Let’s Get Our Guitars Out!

There is one country in the world that has done a terrific  job holding down its national healthcare costs and this appealed immensely to one particular person.  He said that Israel has demonstrated that you can maintain your healthcare system for only 8 percent of the national GDP.  In comparison the United States spends 18 percent of its GDP on healthcare.  Read Mitt Romney’s candid assessment of how healthcare can work.

How did Israel accomplish this amazing feat?  They have had universal healthcare since 1995, everyone has to get health insurance, and the government aggressively regulates the healthcare industry.

Sound familiar?  These are exactly the things that the Obama Administration has been trying to implement to replace the system of private healthcare as championed by the Romney Campaign and the conservative Republican Party.  It is this private sector system controlled by the big insurance companies that resulted in skyrocketing health costs while leaving large groups of Americans without adequate medical care.  If we had been able to implement a system like Israel’s in the mid-1990s, perhaps our healthcare costs would be at the 8 percent level and not the 18.

Perhaps, just perhaps, if the Republican Party stops its mindless opposition to the Patient Protection and Affordable Care Act (ACA) including its jejune response to Medicaid, the U.S. can achieve the success that Israel enjoys.  Of course we are about twenty years behind.  There is a lot of catch-up to do.

And, so, Governor Romney can we count on your support for the ACA?

Beautiful photos of hiking and other outdoor adventures.