Mitt Romney at his Wednesday, November 14, conference call with his financial backers said that former President Bill Clinton called him last week and gave him his thoughts on the election.

ABC News reports that President Clinton supposedly complimented Mitt Romney on his campaign and volunteered that he, Clinton, thought that Romney had the election in the bag until Hurricane Sandy struck.

“Clinton” further confided to Mitt Romney that when he heard Romney’s wife, Ann, speak at the Republican Convention, he was so impressed that he considered becoming a Republican.

O.K. I am going out on a limb here to be the first one to say that I think Mitt was punked, or pranked, or tricked, or whatever else you want to call it.

First, I doubt that Clinton would go off message so quickly after the election and tell Mitt that he should have won.

Second, the part about Mitt’s wife is pure play on Clinton’s alleged proclivity for a well-turned ankle.

I will now wait for whatever morning radio talk show to announce that it had punked Mitt Romney with a Clinton impersonator.

My last cartoon about the election (maybe).  Now I have to go back to my day job writing books and drawing cartoons.  Hope you will visit me at http://booksbyphilipchen.com

Thank you for sharing my concerns for our country and thank you for getting out the vote.

Which one do you want to govern our country’s future? Please help get out the vote tomorrow and tell Governor Romney that national policy is not written on an Etch-A-Sketch.

Kelly Burrell is the star of Missouri Republican Senate Candidate Todd Akin’s latest commercial.  In the ad, Ms. Burrell speaks about having an abortion and having been raped.  The ad carefully sidesteps whether the mother of two had an abortion following a rape, though that is certainly the implication of the spot.

The interesting thing that is not explored in the ad is Ms. Burrell’s relationship with Congressman Akin and his son.  Their history is more involved than the simple  appearance in this advertisement as a raped woman having an abortion and then regretting it would suggest.  Read the article that appeared well before this ad here. 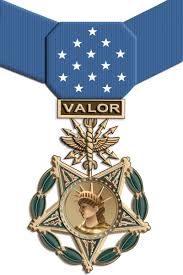